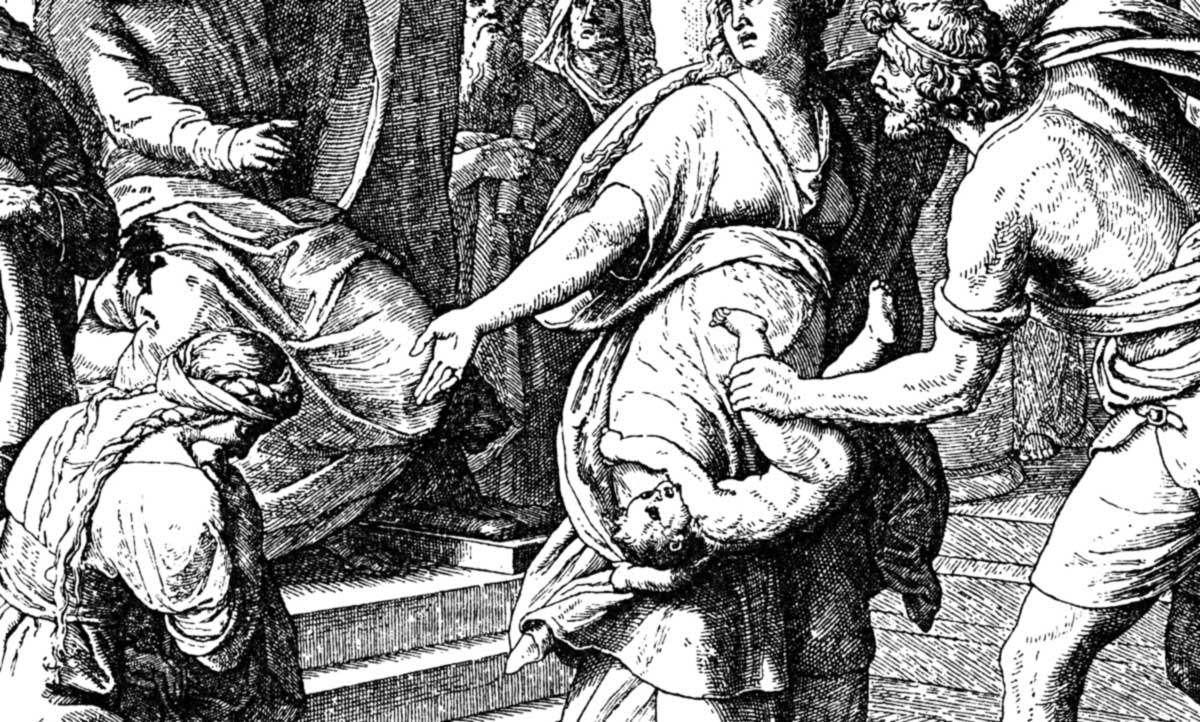 Robert P. George on the Foolproof Test for Paganism

The great Jewish scholar Milton Himmelfarb summarized the matter in a single sentence: “Judaism is against paganism.” Note that Himmelfarb spoke in the present tense. Let no one imagine that the temptation to idolatry and paganism is a matter of the distant past, when primitive peoples offered sacrifice to the sun or prayed to stone outcroppings and golden calves.

The essence of paganism is idolatry: the self-aggrandizing worship of false gods in place of the God of love who is Creator of the universe and Lord of Life. How can we know that an idol, a false god, and not the true God, is being worshiped? I submit to you that there is a foolproof test: False gods always demand the blood of innocents. A pagan culture is always, in the end, a culture of death.

Where the innocent and just are slain, there the god being worshiped is not the God of Israel, the Lord of Life, but rather Moloch in one or another of his protean disguises. Paganism is a permanent threat. The worship of false gods is a constant temptation.

The Lord of Love

The God of Israel whom Jews and Christians worship is the Lord of Life. He is the author of the comprehensive and absolute commandment: “Thou shalt not kill the innocent and just.” He is the God who says to Israel: “Today I have set before you life and death; choose life!” (Deut. 30:15,19).

And he is a God of love. He lovingly fashions each and every human being in his very image and likeness. He graciously vests us—mere creatures—with the truly God-like powers of reason and freedom. He endows every human being, however humble, however poor, however afflicted, with a sublime dignity.

It is for this reason that the life of every innocent person is strictly and equally inviolable under the moral law. Our fundamental rights as human beings, including the precious right to life, come not from princes, not from legislatures, not from deals (“mutual non-aggression pacts”) we cut with our fellow citizens.

Our rights come as gifts of God himself, and they are therefore in no way revocable by any merely human authority. The duty of those who wield authority on earth is to respect and protect the God-given moral order in which fundamental human rights, above all the right to life, have pride of place.

From the beginning, it has been the mission of the covenanted community of Israel, the chosen people of God, to bear witness to the Lord of Life in defiance of the pagan powers. Whenever Israel faltered in her mission, whenever her people bowed before the golden calf, the prophets of God reminded them that the pagan way is, for all its seductions, the wrong way, the way of death.

Robert P. George is McCormick Professor of Jurisprudence and Director of the James Madison Program in American Ideals and Institutions at Princeton University (web.princeton.edu/sites/jmadison). His books include In Defense of Natural Law (Oxford University Press) and Conscience and Its Enemies (ISI Books). He has served as chairman of the U.S. Commission on International Religious Freedom. He is a senior editor of Touchstone.

more on Abortion from the online archives

How Planned Parenthood's Founder Played the Christians, and Won by Allan C. Carlson

The Rights of Aphrodite

As If We Were to Be Immortal

Reality Shows, Even in a Popular TV Series by C. E. Smith