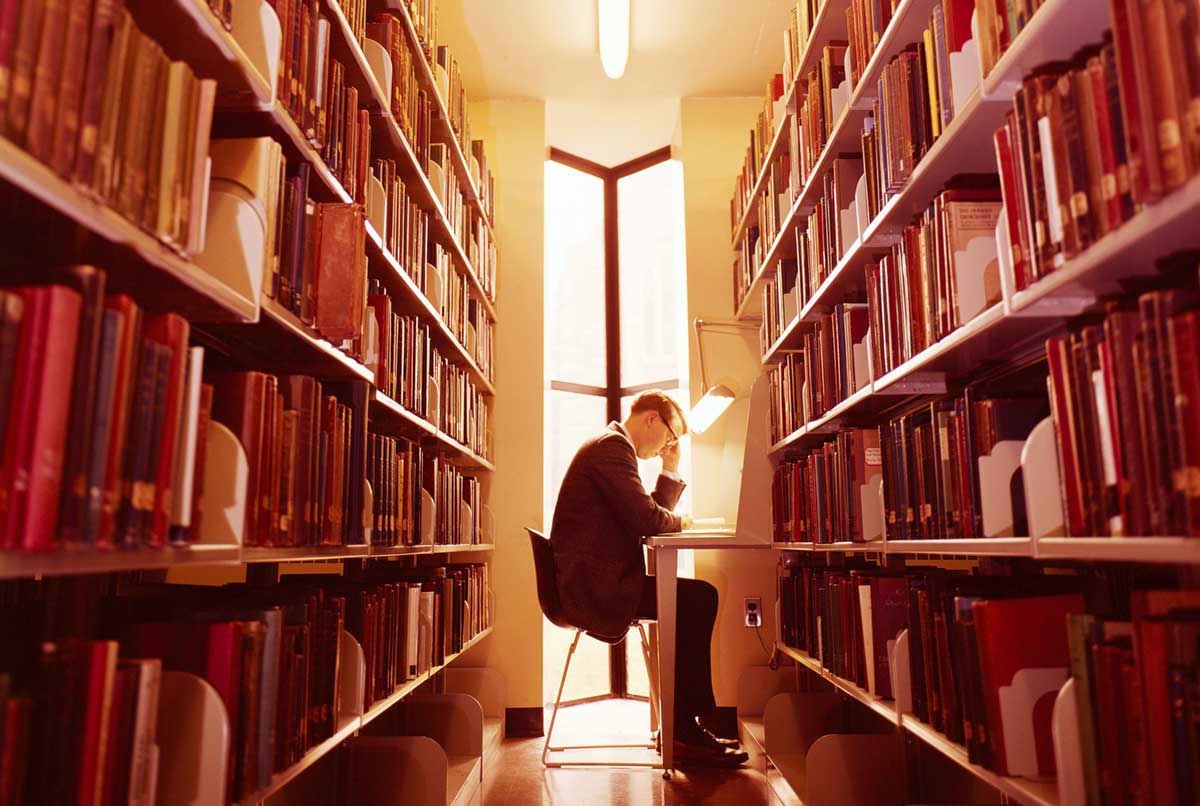 William K. Kilpatrick on Why Gorillas Don’t Build Libraries But Men Do

It is well known that Clarence Darrow triumphed over William Jennings Bryan in the famous “Monkey Trial” of 1925. Less well known is the fact that six years later Darrow was easily trounced by G. K. Chesterton in a debate on science and religion at the Mecca Temple in New York City. Darrow’s debater tricks were no match for Chesterton’s robust commonsense arguments.

Although the debate over evolution has itself evolved, the need for maintaining a commonsense perspective on the issue remains essential. The scientific complexity of the current debate does not preclude arguments based on logic and everyday observation, any more than the complexity of legal issues debars the use of native good judgment in resolving them.

But before considering these commonsense arguments, let’s remind ourselves why the debate is important in the first place. The evolution debate is not just an argument about two views of science. It is also, and even primarily, about two views of morality. Simply put, the theory of evolution has always been used as a justification for moral relativity.

If human beings are merely animals, there is no justification for holding them to moral standards that seem designed for angels. Moreover, if everything is the product of blind chance, the world is essentially meaningless, and all schemes of morality are equally meaningless. In other words, if we are related to the chimps, then why can’t we have sexual freedom like the chimps, and besides, what does it all matter anyway?

Because the evolution debate is tangled up with a moral debate, it is not realistic to argue it solely in terms of science. Whenever we think carefully about origins—whether of the material universe or of human beings—we immediately run into quandaries that lie outside the reach of science. There is not and never can be a scientific theory capable of explaining how nothing evolves into something. By the same token, there appears to be no strict scientific proof of meaningfulness. But this does not rule out the use of other kinds of proofs and probabilities.

When G. K. Chesterton wrote about evolution nearly a century ago, the scientific evidence for and against it was sketchy. He wisely avoided getting bogged down in the minutiae of the fossil record, and chose instead to argue, as he usually did, on the basis of common sense, which he described as an “instinct for the probable.”

He freely admitted the probability of natural selection (it is common knowledge, he said, “that things fitted for survival do survive”). He admitted the possibility of physical evolution (“there may be a broken trail of stones and bones faintly suggesting the development of the human body”).

But he saw nothing in evolutionary theory that could possibly explain the phenomenon of human intelligence. One of the big advantages of common sense, as he understood, is that it usually alerts us when something uncommon crops up. And the appearance of intelligence on earth had nothing common about it; rather, it had all the appearances of a one-of-a-kind event.

Chesterton’s emphasis on perspective and proportion is just as important now as it was then. Arguments focused on narrow topics, such as anatomical similarities or the chemical composition of proteins, might cause us to miss the main point about human evolution—the point that Chesterton grasped immediately—namely, the flagrantly exceptional nature of man. “The simplest truth about man,” he wrote, “is that he is a very strange being; almost in the sense of being a stranger on earth.”

William K. Kilpatrick is the author of Psychological Seduction and Why Johnny Tell Can’t Right from Wrong.

more on evolution from the online archives

on a Noble Defense Doomed by Darwinian Materialism by John G. West

The Aura of Science

Flight from the Absolute: Cynical Observations on the Postmodern West, Volume II by Paul Gosselin by Louis Markos