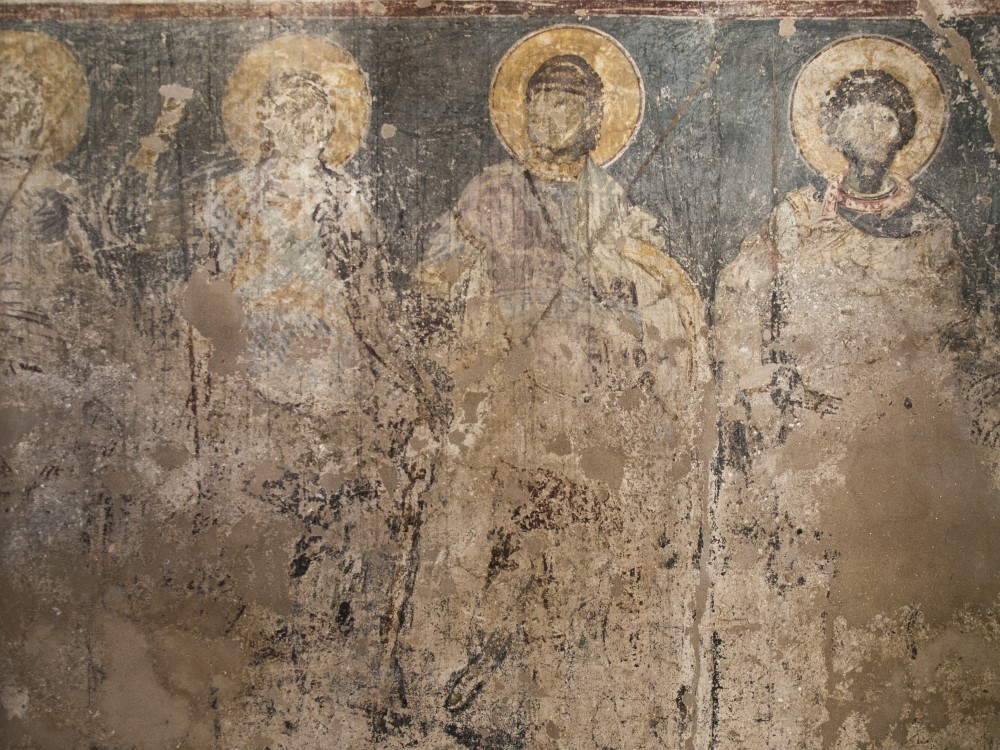 Willingness to be Least in the Kingdom
by Donald G. Bloesch

I greatly appreciated Patrick Henry Reardon’s incisive critique of the current fashion of speaking of God inclusively ("Imaging God"). His assessment of Holsinger’s position is right on target, for Christian faith is not agnosticism but “a steady and certain knowledge” of God founded on his promises in Holy Scripture (Calvin). This knowledge to be sure is not complete nor is it univocal, but it is sufficient for understanding God’s nature as both holiness and love and his will as the redemption of the world. When God revealed himself in Jesus Christ, he revealed not just a part of himself but his very self. The God incarnate in Christ is none other than God as he exists in himself (Barth).

I further agree with Reardon that the battle today is with two ancient heresies that have appeared in new guises—nominalism and gnosticism. Yet it is always well to remember that heresies could not emerge unless orthodoxy had itself become somewhat heretical. Gnosticism represents a protest against worldliness and materialism in the Church. Nominalism is a reaction to a rationalism that reduces the Christian revelation to universal truths directly accessible to human reason.

Reardon correctly points to an important area of disagreement with my position. Whereas I hold that God adopted patriarchal concepts in order to reveal his will and purpose to the human race, Reardon reads patriarchy into the very being of God; he can make the astounding statement that patriarchy belongs to “the substance of revelation.” While it is true that various church fathers, for example Origen,1 described God in largely patriarchal and monarchial terms, the developing consensus in Church tradition was that this direction of reasoning was fundamentally mistaken, for it created a bifurcation between God the Father and the other persons of the Trinity. Orthodoxy (at least in the Western church) teaches the full equality of the members of the Trinity. To teach the monarchy of the Father almost invariably ends in subordinationism. The Athanasian Creed is quite emphatic that the three persons of the Trinity are coeternal and coequal. “And in this Trinity none is before, or after another: none is greater, or less than another.” (No. 25)2 Much of the speculation regarding the Father as the origin or source of the Son and Spirit has been unwise and has kept the door open to a subordinationism that the Church has struggled against through the centuries and has never entirely overcome.3

Likewise there is a certain priority of man over woman; yet this does not indicate a superiority in being but a call to assume a particular role—provider and protector of the family. The role to which each of us is directed, however, is not a law of creation that can never be broken, but an invitation to partnership in service and ministry. Finding one’s role in human society is shaped less by physiology and psychology than by the vicissitudes of history. The Christian must rely not on inflexible, universal principles, but on the divine commandment, which is always particular and concrete. While the Bible does offer guidelines, these remain general and abstract until the Spirit applies them to a specific life situation and we hear his command addressed personally to us.4

Man and woman, who are created for partnership with one another, are nevertheless free to work out the particulars of their own vocation as the Spirit leads them. In most cases the husband will be the breadwinner and provider, and the wife will play a supportive but nonetheless crucial role as mother and mistress of the house. But on some occasions the wife may work with her husband in direct ministry (as in the case of Priscilla and Aquila). On other occasions the woman may receive the call to fulltime church service (as in the case of Phoebe and Junia). On still others the woman may assume the position of spiritual leadership over men (as did Deborah and Huldah). This does not mean that in any of these instances the order of creation is annulled, for there will always be enduring physical as well as immutable psychic differences between man and woman. These differences, however, do not bar the woman from leadership positions in either the civil or religious society, although when called to a leadership position she should endeavor to fulfill her responsibilities as a woman, not as a man.

My contention is that though the revelation of God comes to us in the form of both patriarchy and monarchy, it actually overthrows the patriarchal and monarchial systems that dominated the cultures of the past. It introduces us to a God whose fatherhood contravenes the human experience of fatherhood, as this has been corrupted by human sin. This God is a Father who nurtures and cares for us, even to the extent of sacrificing himself for us; he does not simply dictate to us or try to control us. This God is a Master who desires to relate to us as a Friend (Ex. 33:11; Jer. 3:4; John 15:14, 15). He is a Lord who realizes his lordship in the form of a servant (Matt. 20:25–28; Mark 10:42–45; Phil. 2:7). His kingdom is entirely different from the kingdoms of this world (Matt. 26:52–53; John 18:36), for it is based not on coercion and manipulation but on the power of the powerlessness of love. This kingdom, moreover, challenges the supremacy of the patriarchal family, for discipleship invariably involves breaking with family loyalty out of commitment to the imperatives of the gospel (Matt. 8:21–22; 12:46–50; Luke 9:59–60; 14:26).5

The God of the Bible cannot be aligned with either patriarchalist or feminist ideology. Biblical teaching contradicts both subservience to earthly authority and emancipation from the strictures of tradition in order to realize personal goals. The God upheld in biblical religion cannot be reduced to either the Sky Father or the Earth Mother. He is not simply above or below but over, in, with, and around us. He is a King who overthrows all human conceptions of kingship and lordship. He is sole ruler of the world and sole Savior of humankind, but he desires to make us covenant partners with him in manifesting and demonstrating his work of reconciliation and redemption. He relates to us as Father, Son and Spirit, but he also acts in ways that sometimes permit us to describe him as mother, sister, and brother. His name is Father, Son and Spirit, but his ways with us call forth a myriad of images and metaphors that simply cannot be subsumed under either patriarchy or monarchy.

I grant with my critic that one must be exceedingly careful in addressing God in any way that would subvert the name by which he desires to meet us. In the Wisdom literature of the Old Testament and Apocrypha, Wisdom is sometimes portrayed as our mother and our sister, but we are given no mandate to invoke the divine by these metaphors.6 One might say that while the Word of God (with whom Wisdom is identified in the New Testament) has a masculine name, it also has a feminine face, or at least one of its faces is feminine. I would not encourage any Christian in his or her private devotions to call upon God as mother and sister, partly because of the current heretical milieu in which these metaphors are employed, but I would not absolutely forbid it.

We must not fall into the error of regarding God as primarily or exclusively masculine and only secondarily or accidentally feminine. Because God created both man and woman in his image, the glory of deity is reflected equally in both. Yet God chooses to relate to us in the form of the masculine—as Father, Son and Spirit—and we are called to meet him in the form of the feminine—as his bride, his wife, and his daughter. The feminine side of the sacred is precisely to be found in the Church—the bride of Christ, the daughter of Zion. The Church, moreover, is not simply a gathered fellowship of believers but the very body of Christ. It is mystically united with its Lord and Head, just as branches that participate directly in the vine (John 15:1–6). The Church represents not simply the human but the divine in and with the human.

Donald G. Bloesch is Professor of Theology Emeritus at Dubuque Theological Seminary. He has written numerous books, including The Future of Evangelical Christianity, The Struggle for Prayer, Freedom for Obedience, and is currently working on a seven-volume systematic theology, Christian Foundations. He lives in Dubuque, Iowa, with his wife, Brenda.

more on fatherhood from the online archives

Keep Them from Idols

The Education of Children Takes Generations of Fidelity by W. Ross Blackburn

The Nature of a Man Is What He Is For by J. Budziszewski

on Anselm's God & the Virtue of Existing  by Tara L. Jernigan