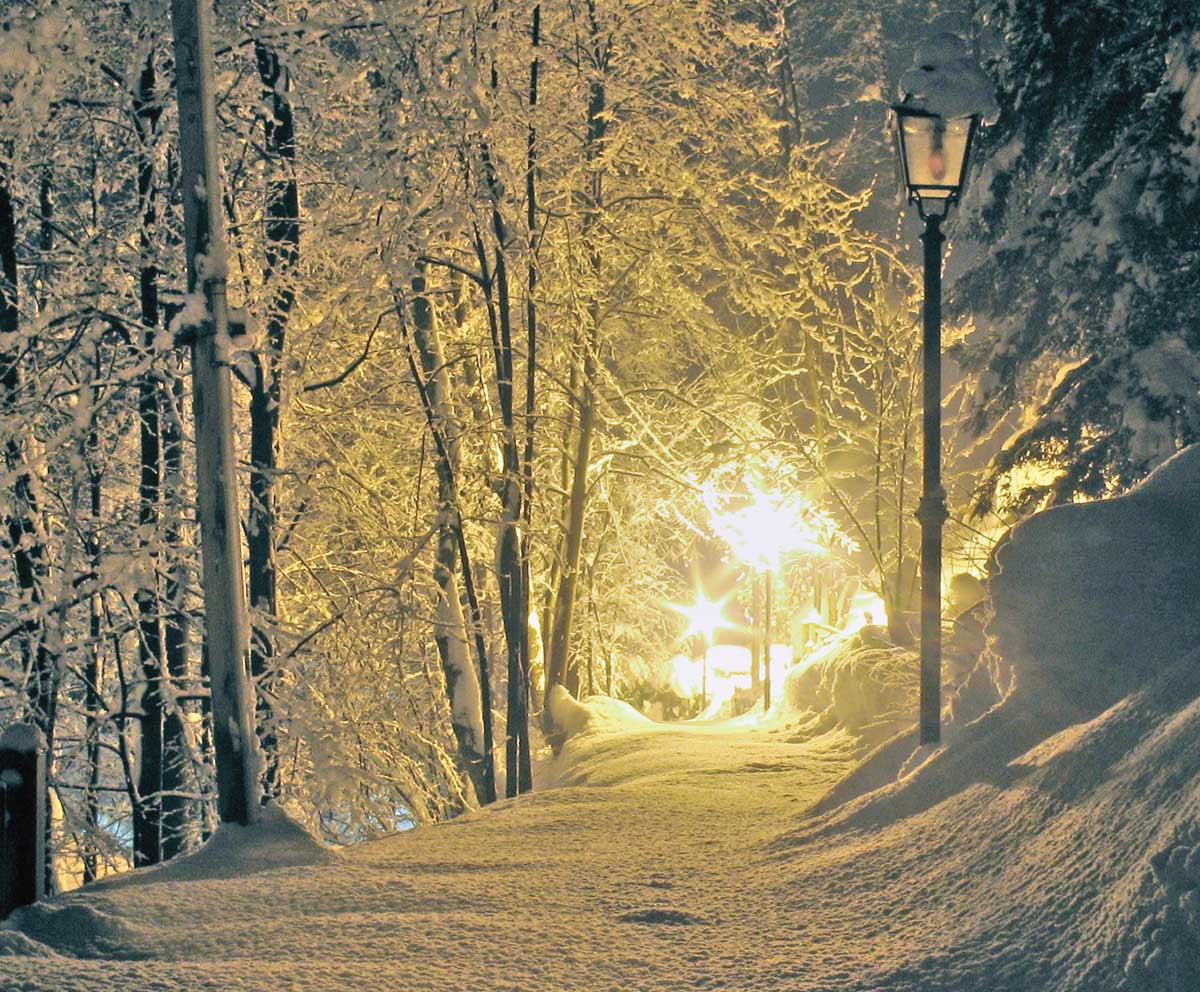 The Seven Heavens of the Chronicles Revealed
by Michael Ward

"Always winter, and never Christmas” are, perhaps, the most famous words C. S. Lewis wrote. The phrase comes four times in the opening Chronicle of Narnia, The Lion, the Witch and the Wardrobe. First, Tumnus informs Lucy of a White Witch who has made it “always winter and never Christmas.” Lucy passes on the grim news to Edmund and later Peter.

Finally, Mr. Beaver announces, in great excitement, “Didn’t I tell you that she’d made it always winter and never Christmas? Didn’t I tell you? Well, just come and see!” The reason for his excitement is that he can see in front of him a man who spells the end of the Witch’s reign:

He was a huge man in a bright red robe (bright as hollyberries) with a hood that had fur inside it and a great white beard that fell like a foamy waterfall over his chest. . . . He was so big, and so glad, and so real, that they all became quite still. They felt very glad, but also solemn.

The appearance of Father Christmas in this story has become a lightning rod for criticism of the Narnia Chronicles. It is taken as evidence of Lewis’s slapdash compositional style. Tolkien thought that Lewis had carelessly assembled figures from incompatible mythological traditions: children fresh from E. Nesbit, a Snow Queen out of Hans Andersen, dryads and naiads from classical tradition, and—forsooth!—Santa Claus from popularized hagiography.

Humphrey Carpenter, who wrote the first study of the Inklings, thought Lewis borrowed “indiscriminately” from his various sources and “threw in any incident or colouring that struck his fancy.” Lewis’s biographer A. N. Wilson described the Chronicles as a “jumble,” a “hotch-potch,” “full of inconsistencies.”

There is apparent force in these judgments, so much so that several Lewis scholars have gone looking for a hidden theme that will show the books’ underlying unity, but none has proved persuasive. Don King, for example, has argued that the series is a commentary on the seven deadly sins. Doris Myers suggests that the septet may be best understood as a miniature version of Spenser’s Faerie Queene. Jim Pietrusz links the books to the seven Catholic sacraments.

Lewis himself once said that the whole series was “about Christ.” Three of the books do reflect Christological themes: creation in The Magician’s Nephew; redemption in The Lion; judgment in The Last Battle.

The other four, however, present the Christ-like figure of Aslan in very various and non-biblical modes. He enters the story among dancing trees before giving a great war-cry in Prince Caspian; he flies in a sunbeam in The Voyage of the ‘Dawn Treader’; he is mistaken for two or possibly three lions in The Horse and His Boy; and in The Silver Chair he does not appear bodily within Narnia at all, but is confined to his own high country above the clouds.

The stories may generally be about Christ, but there seems to be no structure to the series. Perhaps Lewis had no plan. And yet one doesn’t need to have a very intimate knowledge of his mind to know that he did not work randomly.

He praised authors such as Chaucer and Spenser, who created something that “looks planless though all is planned.” And he once confided to a former pupil, Charles Wrong, that he had “an idea” he wanted to try out in the Narnia books and that he had worked it out to the full after seven volumes. This all suggests that there is more to the Narnia stories than their superficial heterogeneity led Tolkien and others to suppose.

Michael Ward is Senior Research Fellow, Blackfriars Hall, University of Oxford, and Professor of Apologetics at Houston Baptist University. He is the coeditor of The Cambridge Companion to C. S. Lewis (2010).

on Being a Free Narnian & the Joy of Subordination by Donald T. Williams

Sex, Women's Ordination & the Rejection of Hierarchy & Equality by James A. Altena

The Pearl of Great Wisdom